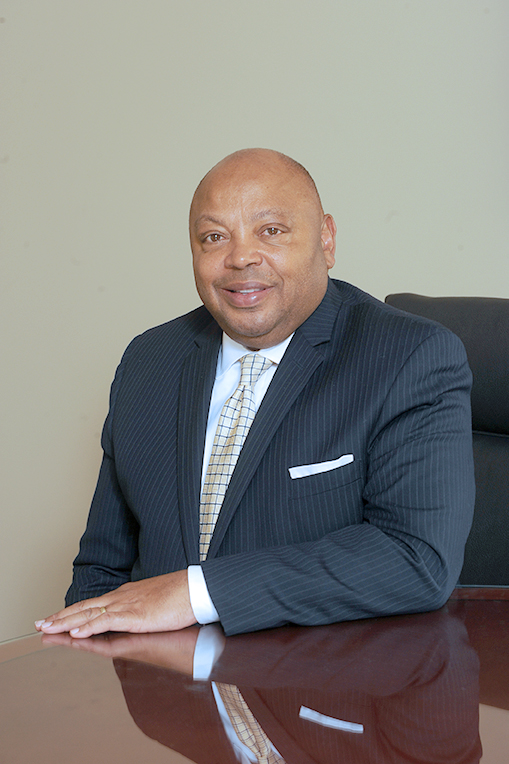 Through his proprietary commercial driver training model, Richard M. Crockett is helping underserved members of the Central Ohio community embark on an in-demand career with starting wages of $50-60K with full benefits.

“I knew we had the opportunity to make an impact on the underserved members of our community through our commercial driver training program”, Crockett stated.

Crockett’s journey into the transportation industry is quite remarkable and some may argue his destiny.  Born one of ten children in Mobile, Alabama, his parents ingrained the principles of hard work, in him and his siblings, at a young age. While visiting his sister in Akron, Ohio as a high school student, Crockett later toured The Ohio State University in Columbus.  The visit was impactful, and Crockett would go on to graduate from The Ohio State University with a degree in Business Administration.  During an on-campus job fair, he landed his first job working in one of Ohio’s largest financial institutions. Crockett was accepted into their management training program, and it was through this opportunity he gained valuable experience in the retail, credit, and commercial lending sectors of the banking industry.

In 2000, Capital Transportation expanded its reach into paratransit services thanks to a partnership with the Central Ohio Transit Authority (COTA). Through this collaboration, the company has been successful in providing on-demand door-to-door transportation service for elderly and disabled members of the Central Ohio community for nearly 20 years. Capital Transportation currently operates more than 45,000 annual paratransit service hours for COTA while consistently outperforming the business metrics for on-time performance (95 percent) and productivity (1.7), respectively.

Developing talent for the transportation industry, which continues to struggle with a driver shortage, would turn out to be one of Crockett’s greatest endeavors.  According to findings released in July 2019, by the American Trucking Association, the transportation industry is more than 60,000 commercial drivers short in meeting the U.S. market demand for freight services. The report further identified a need to attract younger and more diverse drivers to meet the increasing demands of the market.

Since inception in 2014, Capital Transportation Academy continues to make its mark on the commercial driver training space.  Capital Transportation Academy has developed a means, through their proprietary training model, Roads2Work, to help unemployed, underemployed, and restored citizens obtain an in-demand career skill and immediate employment with partner employers offering starting wages of $50K-$60K, plus benefits.

Roads2Work guides individuals through a five (5) week proprietary program of career readiness and commercial driver training curriculum.  The Roads2Work program launched initially in Columbus/Franklin County, OH, in June 2019.  Roads2Work has been an immediate success with 95% of the program graduates obtaining their Ohio CDL license and 85% obtaining industry employment within 60 days of graduation with an average starting wage of $56,000, plus benefits. Ultimately, Crockett is looking to implement his Roads2Work program regionally with the hope of expanding the program nationally to provide opportunities, in more communities, for those who need it most.

Capital Transportation Academy has also developed the reputation of being an industry leader in restored citizen commercial driver training through its partnership with the Ohio Department of Rehabilitation & Corrections (ODRC).  Since 2015, Capital has provided commercial driver training at two (2) correctional institutions in Ohio for selected restored citizens nearing their release date.  Since the start of the program, Capital Transportation has trained nearly 500 restored citizens with a 90% program completion and job placement rate.

Crockett’s passion and commitment to transportation extends beyond his company. Until recently, he served as the President of the Columbus Chapter of the Conference of Minority Transportation Officials (COMTO) – a national organization that advocates for employment diversity, inclusion, and contracting opportunities in the multi-modal, multi-billion-dollar transportation industry. COMTO’s mission, much like Crockett’s vision, is to eliminate barriers for minorities, veterans, people with disabilities, and certified MWDBE businesses through leadership training, professional development, scholarships, advocacy, coalition building and networking opportunities for its members.

During his tenure as President, Crockett was instrumental in reviving the local COMTO chapter in Columbus, OH.  Through his leadership, the COMTO Columbus Chapter was awarded ‘National Chapter of the Year’ in 2018 and 2019.

In addition to leading COMTO and a growing, thriving transportation company, Crockett spends his time mentoring and impacting the lives of Central Ohio youth through his 501(c)3 non-profit, Metropolitan Youth Foundation of Central Ohio (MYF).  MYF’s mission is to help underserved youth reach their full potential and the organization focuses on the areas of education, community involvement, health, fitness & nutrition. Crockett believes that mentorship and providing opportunities to the underserved is the key to creating a pipeline of young talent for the future.

As Crockett looks to the future of the transportation industry, he is very aware of the realities of autonomous vehicle technology.  Despite the changes on the horizon, Crockett is optimistic about the future of Capital Transportation and Capital Transportation Academy.  He believes as the need for commercial drivers continues to increase, the need to develop and train qualified drivers will yet be in demand. As the industry transforms, he is confident that new jobs and new opportunities will emerge. Crockett believes that regardless of the development of autonomous commercial vehicles, there will still be a need in the foreseeable future for a commercial driver to serve in a ‘piloting’ role, much like airline pilots do now, monitoring systems and navigating when required.